I have had the opportunity to sit 2 sweet chihauhaus in Cheshire this month. This is a lovely county of farmland & quaint villages, that I have been able to explore quite extensively during a series of other sits & a few void days in the camper.                   However, this particular sit came with a rather large fly in the ointment of a potential idyll in that it’s at the end of the runway – a plane spotter’s paradise, if you can stand the 5.30am start and the almost continual take-offs, especially during peak times.

To turn this into a positive, I took to identifying the aircraft livery as they thundered overhead, which revealed that the majority (excluding the Emirates monster) belong to the big name holiday carriers.  With the knowledge that each plane discharges a gazzillion (insert accurate figure) tonnes of  toxins into the biosphere, I took to musing that the planet is paying a hefty price for the priviledge/right to jet off on foreign holidays.

Before I am accused of philosophical prattle on a housesitter’s blog, I  defend myself by saying that I have to fill my time in somehow.  Writing my books (4 at last count) takes some of the day; looking after my charges take a bit more, leaving a smidgen of the remaining daylight to do whatever takes my fancy – which, this month, is to peer heavenward & muse.

The other of this sit’s musings concerns the residents of the field next door. Such placid creatures, cows, with lovely straight backs, angular hips, beautifully proportioned triangular heads with biiig eyes – many qualities I covet – and a quiet culture that deserves greater investigation.                                                                                                          I watched a golden coloured dairy matriarch lead her band of 15 young beef heifers and bullocks in a perpetual saunter round and round the increasingly souring pasture.             She showed them the water trough at one end of the field, the shade of the oak tree at the other. When she lay down to chew, one by one they followed suit; when she stood to graze, they stood. I admired the herd’s resignation to their lot, expression unchanging through torrential rain or blazing sunshine.  Would they seek shelter, if they could?       As the days passed, she would hang back & let them find their own way more & more, but was on hand (hoof?) to gently guide the more clingy calves, who would nuzzle at her teats for comfort. The older ones formed friendships, lying together in little cliques with some jealousies as one would flounce into the middle of a group, breaking up an intimate tete a tete cud chewing session. I now consider myself a cow culture expert and am happy to hire myself out, for a fee of course.

Have a happy heatwave, peeps!

Providing a top-quality home & pet minding service in the north of England & beyond since 2015. However, having bought a house in August 2017, I have mothballed the micro-camper & confined myself to the West Yorkshire area. Nevertheless, I continue to offer complete peace of mind when you need it most. View all posts by homeminderuk

This site uses Akismet to reduce spam. Learn how your comment data is processed. 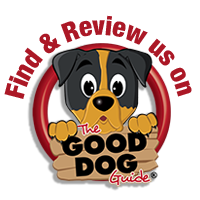